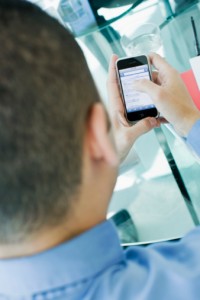 Speed Increase Reported By IPhone Users Thanks To Tapping Tip

As Apple faces a lawsuit for sluggish software, a “tapping tip” is making rounds on Twitter. What originally seemed like a strange hoax circulating turned out to be a helpful tip for those struggling with slow iPhones.

As reported by BetaNews, the tip began as a way to clear stuck app updates in the App Store, seeming almost too easy and too good to be true. The method was originally shared by software developer Zachary Drayer, as he explained that iPhone users could tap on any of the tab bar items in the App Store 10 times, which will resolve the issue and improve the performance of the device.

The tip is making its rounds on the internet, and apparently actually works, having a positive effect on the general responsiveness of the entire phone. Drayer explained that by tapping 10 times on the App Store’s bar items, the device is then forced to clear its cache. Once users deliver the tenth tap it becomes evident that it has been done right by the screen flashing white. This can resolve the stuck app downloads, and can that have a positive effect on the speed of the device because old and unused data that is wasting space gets eliminated.

This trick is also beneficial when used in other apps, such as iTunes, iBook’s, and Safari. Comments and replies on the original Twitter thread indicate that it generally works, and is effective in eliminating any previous issues the user ay have had with the app, as well as improving performance.

Feedback from iPhone users who tried the tapping tip has varied, from statements such as “I thought you were trolling, but this actually works.” Other posters were not as convinced, claiming it “didn’t change a thing“, or failed to work at all. It does appear though that it has been successful for many. This is an indication there are hidden ways to increase speed in the Apple iOS.

Just recently Apple has been faced with a class action lawsuit, brought forth by a group of dissatisfied slow iPhone users. The suit alleges that last year’s iOS 9 updated intentionally slowed down the iPhone 4S. Claims have been made regarding the phones being left so “slow and buggy” that it “interferes with normal usage.”

According to the lawsuit, Apple intentionally slowed down the 2011 iPhone 4S significantly, in an effort to potentially force the owners hand in upgrading to a newer, better performing device. The suit also claims that the advertising material for iOS9 was solely focused on performance improvements, making no mention or warning of the potential to create a worse user experience for those on older devices.

Tapping ten times is not likely to be enough to quickly resolve this issue. even if it does improve performance on newer phones. Although the Apple lawsuit has yet to be heard, there was a similar case back in 2011, concerning the iOS 4 update on the iPhone 3G, which was thrown out by the judge, ruling that a software update is neither a good or service.

Find out the latest technology news that impacts you. {company} provides managed IT services – keeping our clients up-to-date and operating at peak performance for a flat-rate monthly fee. Call {phone} or email us at {email}.